Verse 120: Even a good person may still meet with suffering so long as his good deed does not bear fruit: but when it does bear fruit he will enjoy the benefits of his good deed.

The Story of Anathapindika

While residing at the Jetavana monastery, the Buddha uttered Verses (119) and (120) of this book, with reference to Anathapindika, the famous rich man of Savatthi.

Anathapindika was the donor of the Jetavana monastery, which was built at a cost of fifty-four crores. He was not only generous but also truly devoted to the Buddha. He would go to the Jetavana monastery and pay homage to the Buddha thrice daily. In the mornings he would bring along rice gruel, in the day-time some suitable rich food or medicine and in the evenings some flowers and incense. After some time Anathapindika became poor, but being a sotapanna he was not shaken by misfortune, and he continued to do his daily acts of charity. One night, the spirit guarding the gate to the house of Anathapindika appeared to him in person, and said, "I am the guardian of your gate. You have been offering your property to Samana Gotama with no thoughts of your future. That is why you are now a poor man. Therefore, you should make no more offerings to Samana Gotama and should look after your own business affairs and get rich again"

When the guardian spirit told Anathapindika about the information and instructions given by Sakka, about the recovery of his riches from underneath the earth, from within the ocean and from the debtors, he was struck with awe. Then Anathapindika took the guardian spirit to the Buddha. To both of them the Buddha said, "One may not enjoy the benefits of a good deed, or suffer the consequences of a bad deed for a long time; but time will surely come when his good or bad deed will bear fruit and ripen".

Verse 120: Even a good person may still meet with suffering so long as his good deed does not bear fruit: but when it does bear fruit he will enjoy the benefits of his good deed.

At the end of the discourse, the guardian spirit of the gate of Anathapindika's house attained Sotapatti Fruition. 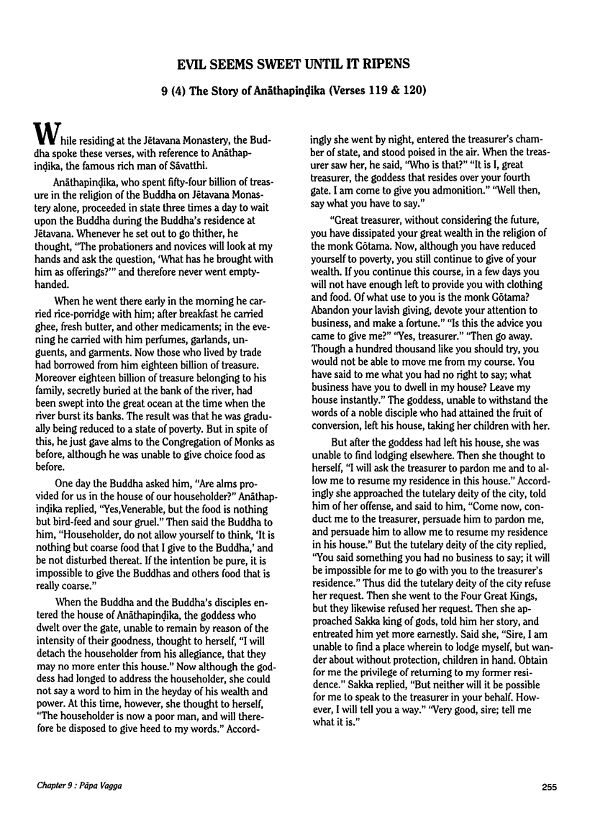 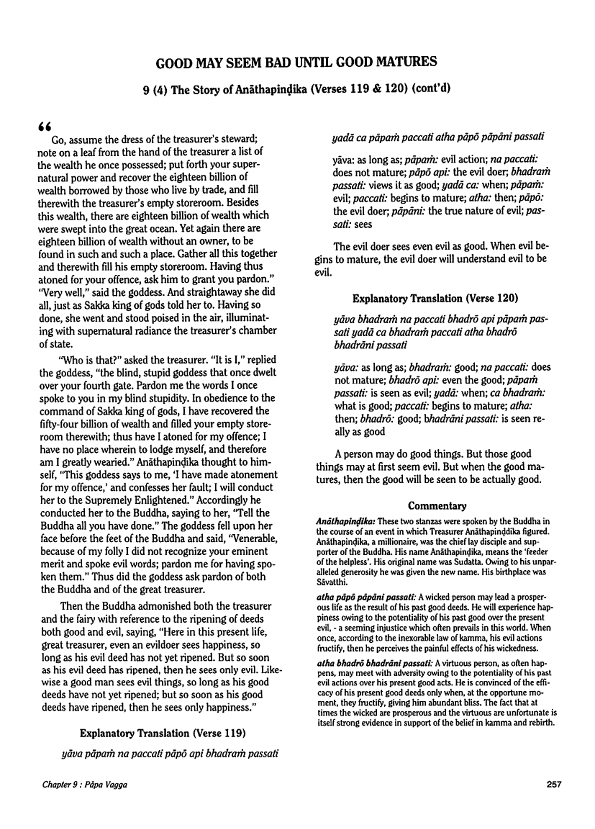 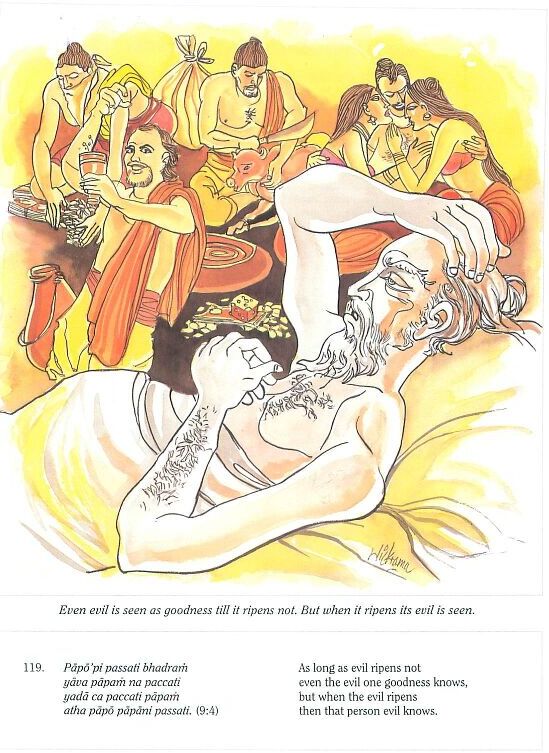 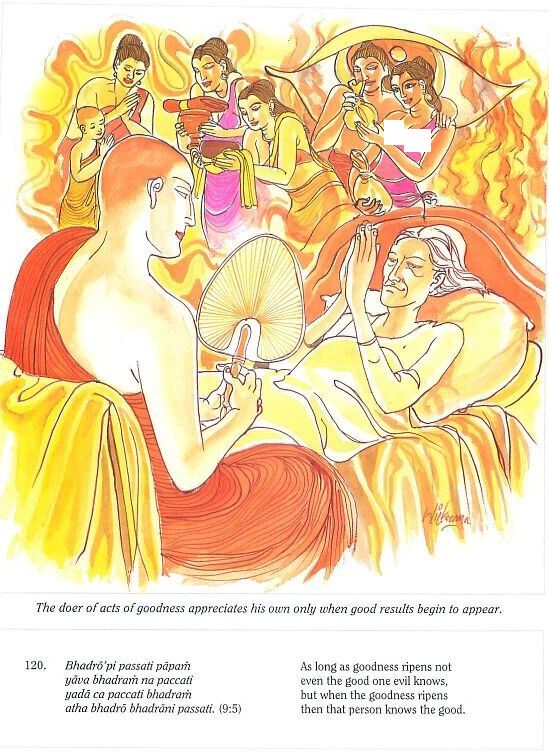