The Story of Thera Jotika

While residing at the Veluvana monastery, the Buddha uttered Verse 416-II (1) of this book, with reference to Thera Jotika.

Jotika was a famous rich man from Rajagaha. He lived in a stately mansion with seven tiered pinnacles. There were seven walls around his mansion, each of which had an entrance guarded by celestial demons. The fame of his wealth spread far and wide, and many people came to see his mansion. On one occasion, King Bimbisara came to visit Jotika; he also brought his son Ajatasattu with him. Ajatasattu seeing the grandeur of Jotika's mansion vowed that he would not allow Jotika to live in such a magnificent mansion when he became king. On the king's departure from his house Jotika presented the king with a large priceless ruby. It was the custom of Jotika to give presents to all visitors who came to see him.

When Ajatasattu ascended the throne, after killing his father, he came with his soldiers to take the mansion of Jotika by force. But as all the gates were well guarded by celestial demons, Ajatasattu and his soldiers had to retreat. Ajatasattu fled to the Veluvana monastery and he found Jotika listening to a discourse given by the Buddha. Seeing Jotika at the feet of the Buddha, Ajatasattu exclaimed, "After making your guards fight me, you are now pretending to be listening to a discourse!" Jotika realized that the king had gone to take his place by force and that he had been compelled to retreat.

In a past existence, Jotika had made a solemn wish that his property might not be taken away from him against his wish, and this wish had been fulfilled. So Jotika said to King Ajatasattu, "O king! My property cannot be taken away against my wish." Saying this, he stretched out his ten fingers and asked the king to take off the twenty rings he was wearing on his fingers. The king tried hard to take them off but did not succeed. Jotika then asked the king to spread out a piece of cloth and as Jotika put his fingers on to the cloth, all his rings easily slipped off. After he had given all his rings to King Ajatasattu, Jotika asked the Buddha that he might be permitted into the Order. Soon after entering the Order, Jotika attained arahatship. 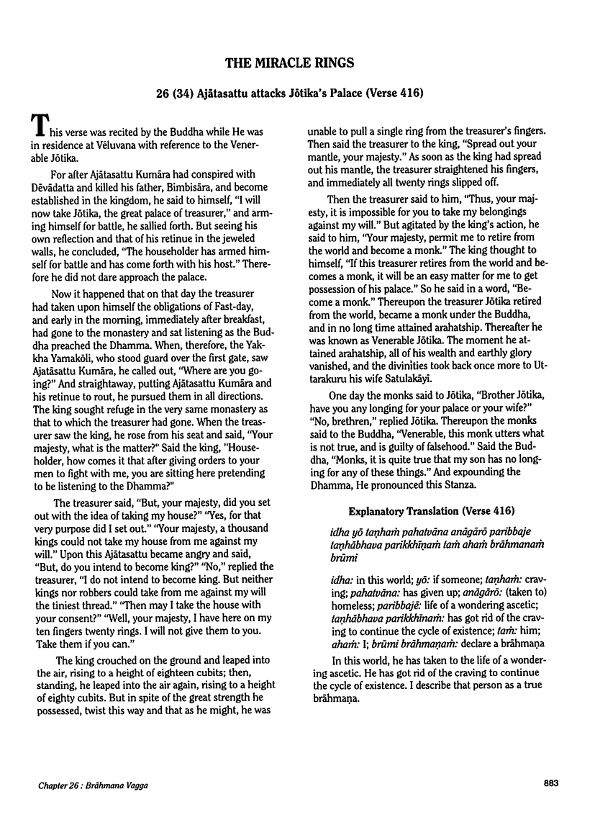 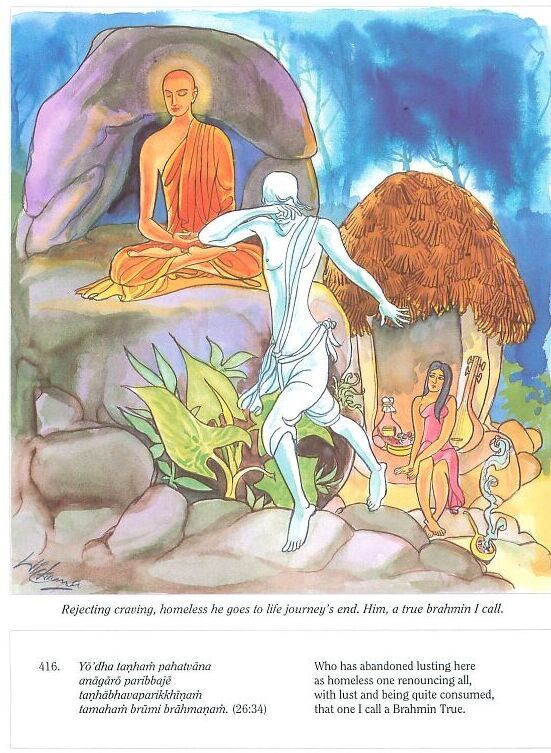