The Story of Devadatta

While residing at the Jetavana monastery in Savatthi, the Buddha uttered Verse (17) of this book, with reference to Devadatta.

Devadatta felt aggrieved and vowed vengeance against the Buddha. Three times, he attempted to kill the Buddha: first, by employing some archers; secondly, by climbing up the Gijjhakuta hill and rolling down a big piece of rock on to the Buddha; and thirdly, by causing the elephant Nalagiri to attack the Buddha. The hired assassins returned after being established in Sotapatti Fruition, without harming the Buddha. The big piece of rock rolled down by Devadatta hurt the big toe of the Buddha just a little, and when the Nalagiri elephant rushed at the Buddha, it was made docile by the Buddha. Thus Devadatta failed to kill the Buddha, and he tried another tactic. He tried to break up the Order of the bhikkhus by taking away some newly admitted bhikkhus with him to Gayasisa; however, most of them were brought back by Thera Sariputta and Thera Maha Moggallana.

Later, Devadatta fell ill. He had been ill for nine months when he asked his pupils to take him to the Buddha, and subsequently made the trip to the Jetavana monastery. Hearing that Devadatta was coming, the Buddha told his disciples that Devadatta would never get the opportunity to see him.

When Devadatta and his party reached the pond in the Jetavana monastery compound the carriers put down the couch on the bank of the pond and went to take a bath. Devadatta also rose from his couch and placed both his feet on the ground. Immediately, his feet sank into the earth and he was gradually swallowed up, Devadatta did not have the opportunity to see the Buddha because of the wicked deeds he had done to the Buddha. After his death, he was reborn in Avici Niraya, a place of intense and continuous torment.

(2) Pakasaniya kamma: An act of Proclamation carried out by the Order of the Samgha regarding a member declaring that as his conduct was of one kind before and is of another kind now, henceforth all his physical and verbal actions are only his and have nothing to do with the Buddha, the Dhamma(path) and the Samgha(monks order). 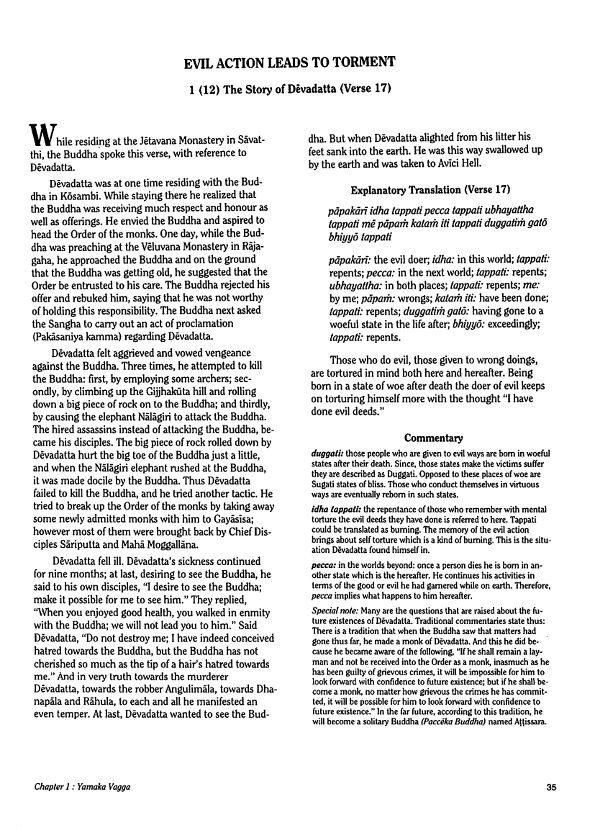 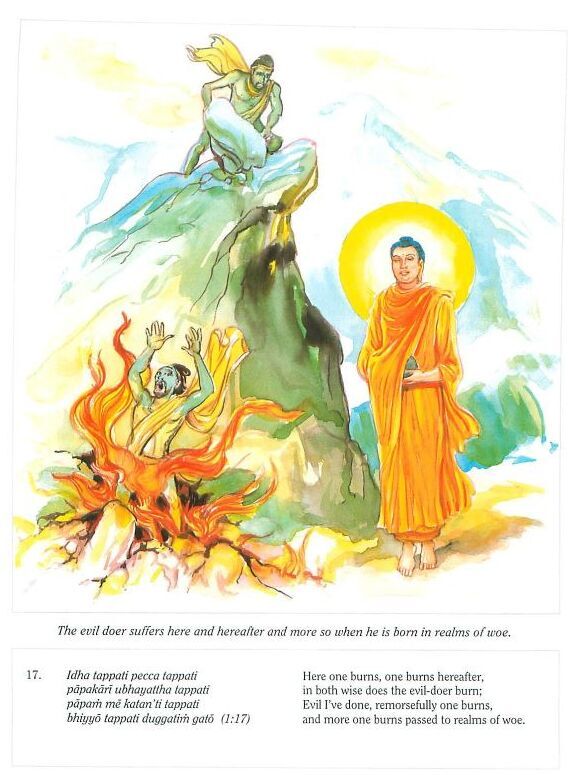